John has started his shipping career in 1993 by joining as a deck cadet on board a motor ship trading intra Mediterranean Sea, at the age of 19. Afterwards, in 1995, at the end of his two years’ service as a second lieutenant in probation in Hellenic Army Infantry, he started working as a dry bulk competitive shipbroker in Piraeus, Greece.

Ever since, during the past 26 years, he held a variety of roles within the shipping industry; that is to say, as a competitive shipbroker (including Clarkson Hellas and Singapore); as a chartering and operations manager, and later as a director, in ship owning and ship management companies; as a commercial agent in dry cargo operating companies; and as a consultant in oil trading groups.

John holds an LL.M in Maritime Law by City, University of London. 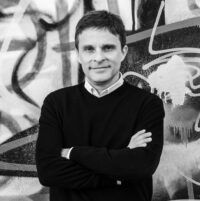 George is a New York University (NYU) Political Science graduate and holds a Master’s Degree in International Relations. He is an honors student and has academically delved in the Economics and Foreign Affairs of Developing Countries and the dynamics of Emerging Markets.

He has worked as a Political Advisor for the Greek Government and possesses strong Finance and Communication skills.

Overall, during the past 20 years, he has undertaken leadership roles in diverse business fields and holds vast experience acting as a Project Manager Professional in the implementation of various projects in Energy, Shipping, Construction, Digital Marketing and Finance. George has an extensive knowledge and experience in Emerging Markets. 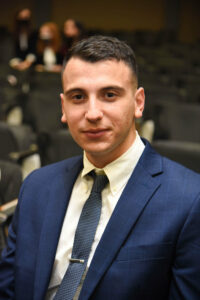 Jason is a young graduate of Maritime Studies from the University of Piraeus and he joined the company in 2018.

Ever since, he has managed to enhance his knowledge and skills on market analysis, negotiations and shipbroking.

As from 2020 Jason is dedicated in the Tanker Chartering department of the company.

He has completed the Professional Qualifying Examinations (PQE) program of the Institute of Chartered Shipbrokers (ICS) with specialization in Tanker Chartering, Ship Sale and Purchase and Shipping Finance.

He manages expertly the handling and transportation of Crude Oil as well as Dirty and Clean Petroleum Products.

Captain Artemios has served for 30 years on board, on Oil Tanker Ships, sized from MR to VLCC, operated by Tsakos Group of Greece, where he started his seagoing career by trading intra Middle East Gulf/East of Suez at the near end of the Iraq/Iran war.